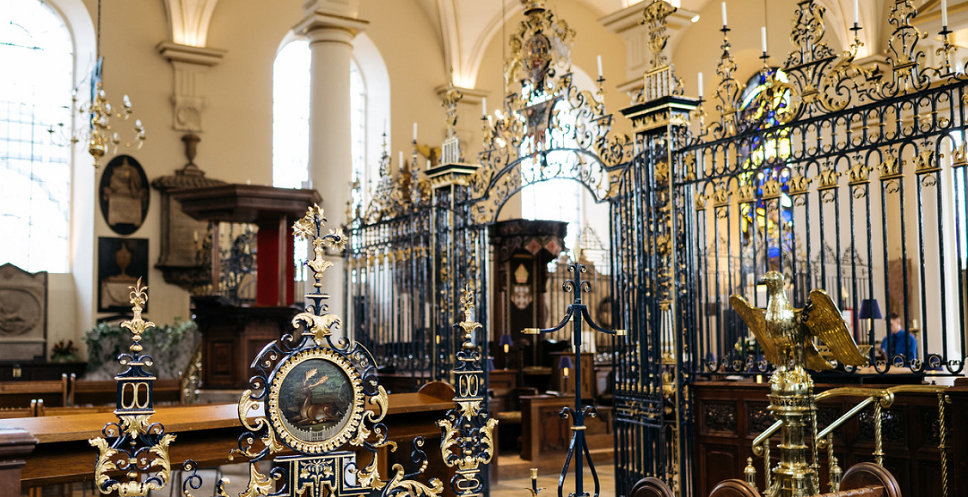 Derby Cathedral towers above the city and has the second highest perpendicular church tower in England!

A family of peregrine falcons has nested here for many years and several chicks have been raised. Bird watchers and visitors are kept entertained with regular aerial displays! WATCH THE LIVE WEBCAM HERE

The Cathedral is a fascinating place to visit, you’ll be amazed at how light and airy it is. Discover the awesome tomb of Bess of Hardwick – a creation designed by the powerful lady herself.

The intricate Bakewell Screen is one of the Cathedral’s central features and a whole host of other treasures await discovery.

Listen out for the bells too - they are the oldest set of 10 bells in the world, one of which was cast in 1520, during the reign of Henry VIII, and is still in use almost 500 years later, making it one of the oldest working objects in Derby.

Climb the 189 steps to see spectacular views of Derby and the surrounding 4 counties. The Derby Concert Orchestra returns to the Cathedral this summer. From Pub to Pulpit

From Pub to Pulpit is a celebration of Ralph Vaughan Williams’ 150th anniversary, and includes music from Broomdasher, Coracle, and the Cathedral’s own choristers. Hubert Parry’s Songs of Farewell must surely rank among some of the finest choral works ever written. Bowie by Candlelight at Derby Cathedral Queen by Candlelight at Derby Cathedral

Following a run of sell-out shows across the UK and Ireland, join us for an incredible night of Queen Anthems, performed in the beautiful Derby Cathedral, by candlelight.