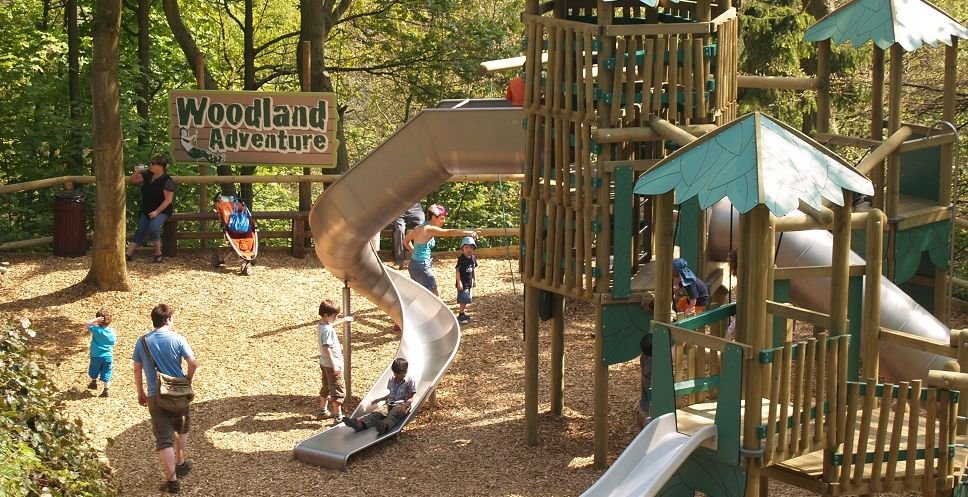 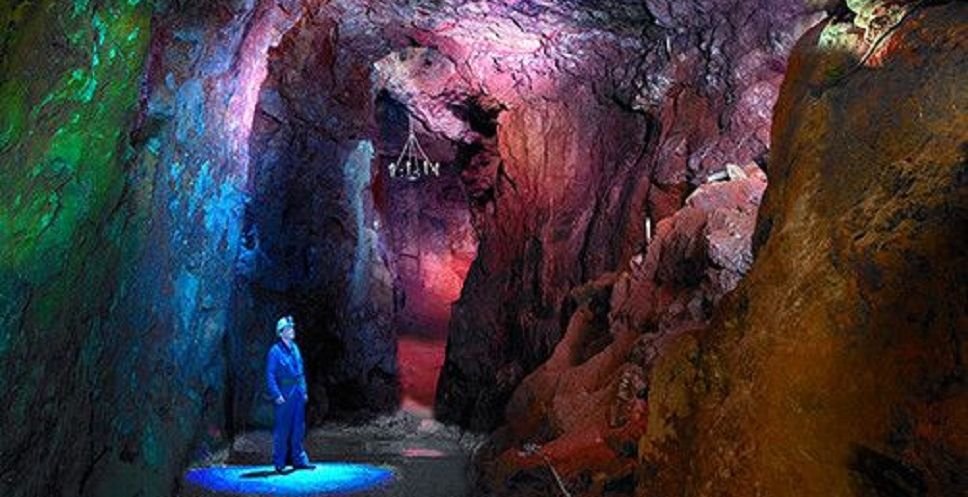 The Heights of Abraham is just a 30 minutes drive or direct train ride from Derby, where you can take the spectacular cable car ride to the top of the Peak District's oldest attraction.

Since first opening to visitors in 1780 it has remained one of the Peak District’s most appealing destinations where stunning natural beauty is matched by human achievement and where the historic blends seamlessly with the futuristic.

Britain's first-ever alpine style cable car system has transported millions of visitors since opening in 1984. The 12 enclosed cable cars travel at speeds of up to 5mtrs per second on a flight above the Derwent Valley to the top of Masson Hill, 1,000 feet above sea level.

The Olympic torch travelled in the cable cars in 2012, and recent VIP visitors have included leading politicians, TV celebrities and even a magician who hung to the outside for a special social media stunt!

Did you know: Following the COVID outbreak, additional windows and ventilation panels have been installed in the cable cars to increase the amount of fresh air blowing through the cars.

The Heights gets its name from a historic battle fought on the Plains of Abraham in Quebec in 1759 that led to a brief period of British supremacy in North America. The General in charge of the battle was General James Wolfe, who became a national hero following the decisive victory.

Entrepreneurs of the time sought to capitalise on the British popularity of the battle with statues, songs paintings and spectacular victory balls created in honour of the event and General Wolfe.

When one Derbyshire entrepreneur spotted the similarity between Masson Hill and the Quebec battlefield, the estate was christened the Heights of Abraham, and the rest is history.

Queen (then Princess) Victoria travelled by donkey to the top of the Heights in the early 1830s. A few years later, recently redundant lead miners were retained through the winter to build the prospect tower in her honour. The stone structure with its spiral staircase is thought to be the very first purpose-built tourist attraction in Derbyshire.

In the mid-19th century, the owner of the estate used the tower for pyrotechnic displays. He would light up the sky with flares from the parapet to draw the attention of visitors down in the village.

In 1780 30 acres of Masson hill was enclosed to form what is now the heart of the Heights estate, which opened to the public some seven years later. A local hotel owner of the time saw the potential for a pleasure garden with cavern tours. He transformed the barren lead mining site by planting exotic shrubs, opening up vista viewpoints, illuminating the caverns and creating serpentine paths around the hillside.

The resulting visitor attraction was in the style of a 'savage garden', a popular Regency term for landscapes that provided a romantic escape from every day, and an exclusive resort for the wealthy of the time.

Partly thanks to the success of the savage garden and the popular cavern tours at The Heights, Matlock Bath developed into a fashionable destination. By 1837, the village had much-improved accommodation and facilities. Ten years later, with the arrival of the railway, it resulted in an explosion of popular tourism.

The present owners of the Heights have carried an extensive programme of renovation and innovation across the 60-acre estate and, for many, the starring attraction is the Vista Restaurant & Bar with its contemporary design and balconies that open out onto the spectacular and far-reaching views across the Derwent Valley.

Our chef and hospitality team prepare fresh meals every day, using produce from local suppliers to create a delicious range of menu choices for you to enjoy one thousand feet above sea level.

Cable car visitors can book tables inside, on the balcony and the new top terrace dining areas.

Ever since Roman times, the land on Masson Hill has been used by miners hoping to earn a living by extracting lead from the hillside. Over hundreds of years, this activity created a unique landscape and habitat, which has since been designated a Site of Special Scientific Interest (an SSSI).

On the hillside, just above the exit from the Great Masson Cavern is a Tinker's Shaft which provides a wonderful viewpoint over Matlock plus interesting information about the hillside.

The Great Masson Cavern and the Rutland Cavern Tours

The Great Rutland and Great Masson Caverns were transformed from working lead mines to tourist attractions in the early part of the 19th century. Lead mining had become uneconomical, the miners were faced with redundancy but found they could earn more by becoming cave guides. This entrepreneurial approach worked wonders, as Georgian visitors were fascinated by romantic cave scenery and contemporary ideas of geology and visited in huge numbers to see for themselves.

Celebrity figures of the time endorsed the popularity of these underground tours. As early as 1818 the youngest son of Emperor Alexander III of Russia, Imperial Grand Duke Michael visited the Great Rutland Cavern. Musical events and cavern tours were held by candlelight for many years, and it was not until 1986 that electricity was first used to light the caves.

In more recent times the Great Masson Cavern has become the more popular of the two caves. This is partly due to its location near the main visitor centre at the summit, but also the colourful lighting effects introduced a few years ago to heighten the cavern tour experience.

There are tours down the Great Masson Cavern where, from the glow of a single candle to the whole chamber being flooded with light, its million year history is revealed before exiting further up the hillside to enjoy the magnificent panorama from the Tinker’s Shaft viewing point, and in the Great Rutland Cavern the story is told of a day in the life of a 17thC lead mining family.

Exhibitions show why the Heights has been a favourite place to visit for many generations, and there are shops, play areas and numerous picnic spots to discover, and if you feel hungry the Terrace Café, Vista Bar and Restaurant are great places to eat, drink, relax and enjoy stunning views in acres of beautiful woodland.

Plus, visit us by rail and save 20% on cable car ticket prices.

Excellent day out - the caves at the top were fascinating The Frights of Abraham returns to Masson Hill this October half term.